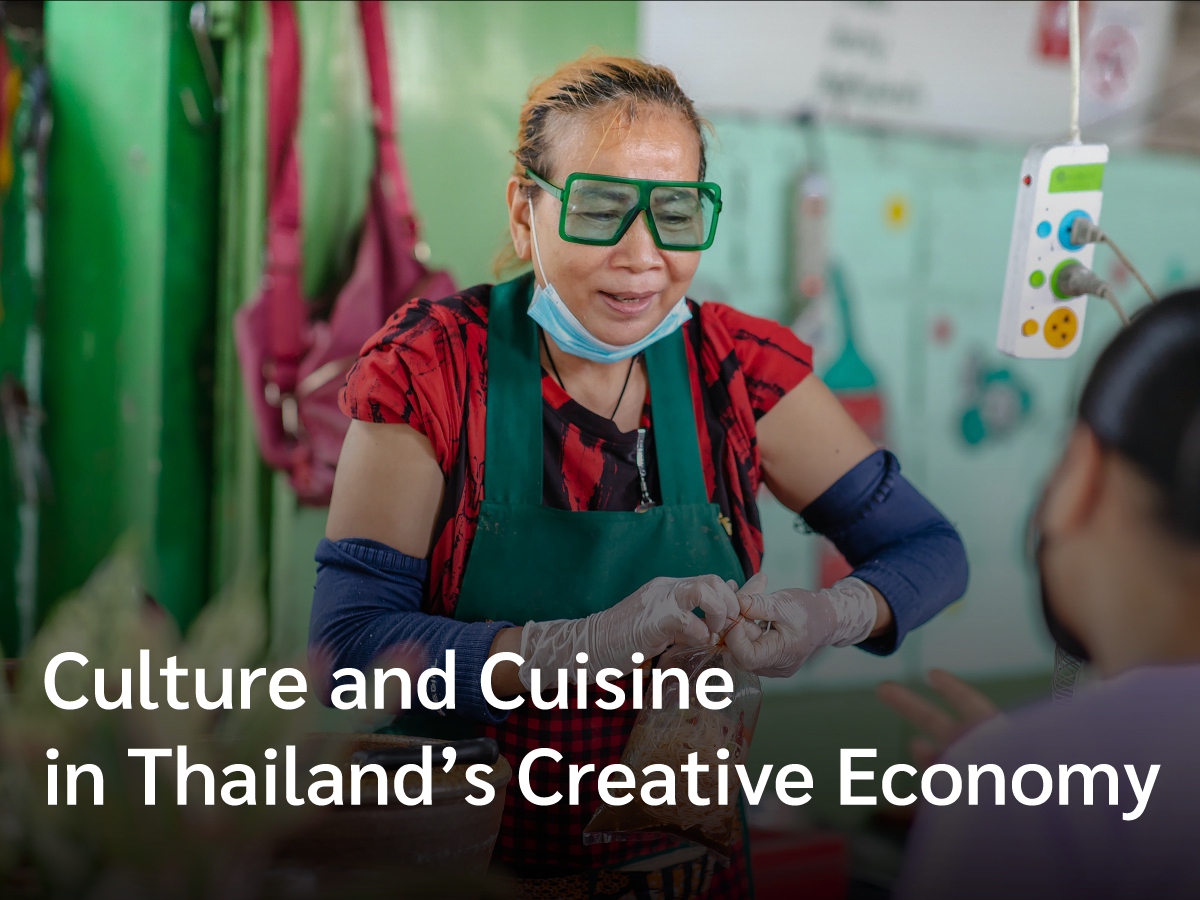 EXPLORE THE WAYS THAI CUISINE BRINGS PEOPLE TOGETHER AND EXPRESSES PRIDE AND CREATIVITY THROUGH WHAT THEY DO.

Food culture plays an essential role in Thailand’s unique identity and community-building, and its people take pride in expressing their creativity through food. Thai cuisine is regularly regarded as boasting some of the finest combinations of fiery flavours of any country. When chef, author and intrepid traveller Anthony Bourdain tasted Thai cooking for the first time, he remarked: “It was like discovering a colour I never knew existed before.”

Food forms a central part of any social occasion in Thailand, and it often becomes the social occasion in itself or a reason to celebrate. That is partly due to the friendly, social nature of Thai people, and also because of the way food is sourced, prepared, served, and eaten. Family, friends, and associates unite and share through food. 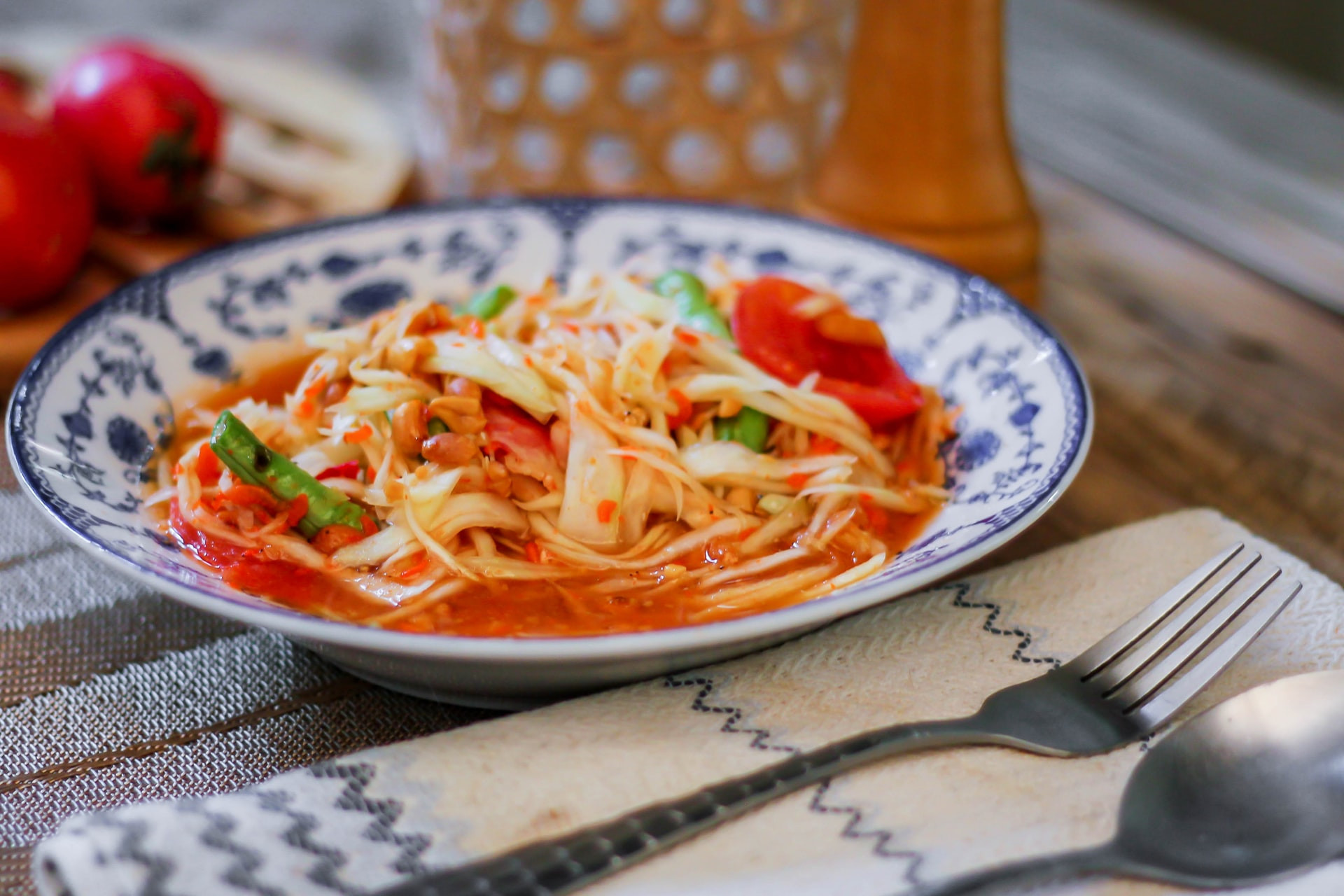 Som Tam (Thai papaya salad) in particular has taken on numerous iterations over the past decade, reflecting the creativity and constant shift in Thai culinary culture.

The most globally recognised version is “Som Tum Thai”, which does not contain any of the more pungent ingredients that some versions do. With green papaya as the base ingredient, it is combined with chillies, fresh garlic, dried shrimp, fish sauce, palm sugar, peanuts, limes, cherry tomatoes, and green long beans using a mortar and pestle.

In Isaan, the most popular versions of som tum usually contain a fermented fish paste, which adds a rather salty pungent taste. Likewise, in Isaan, it is very common to add pickled blue crabs.

Tum Korat is Tum Thai with pickled fish paste. Korat is a local dub for Nakhon Ratchasima province, one of the Thailand Convention & Exhibition Bureau’s 10 business event cities. It is a gateway to Isaan or Northeastern Thailand.

Tum Sua on the other hand comes with fermented rice vermicelli (kanom jeen) and only a little bit of papaya salad for the crunchiness. Again, the pre-requisite to the dish profile is the fermented fish paste. The rice vermicelli absorbs the tanginess of the paste and makes for a chewy texture.

Tum Kao Pode replaces sliced green papaya with sweet corn. The dish is sweet and not very spicy compared to other som tum versions. It is also commonly paired with salted egg, making this dish burst with diverse flavours.

Despite its history of culinary influences from around the world, Thais are well known for their creativity, commitment, and resourcefulness, and even in cookery they were adept at replacing ingredients. For example, replacing ghee with coconut oil and coconut milk (which remain today two very popular ingredients in Thai cuisine). Ingredients are mostly seasonal and varies upon its own locality. It is impossible to confuse Thai curries with Indian curries, as Thai curries maintain their own unique flavour with the ubiquitous use of Thai holy basil, lemongrass, and galangal.

Thai cooking classes are aplenty and are one of the most popular item on any incentive travel itinerary. Don’t miss out on learning and experiencing its culinary pleasures during your next trip to Thailand!

Create your own user feedback survey